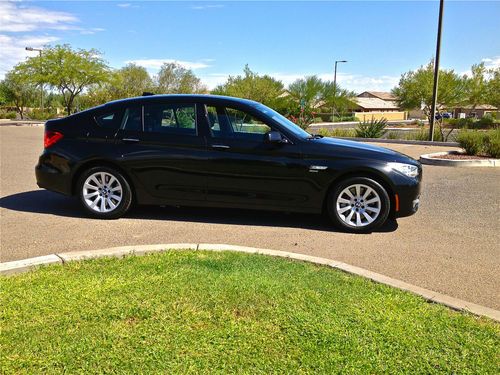 Condition: UsedA vehicle is considered used if it has been registered and issued a title. Used vehicles have had at least one previous owner. The condition of the exterior, interior and engine can vary depending on the vehicle's history. See the seller's listing for full details and description of any imperfections.Seller Notes:"Some normal small rock chips on front bumper."

2010 Bmw 550i GT Xdrive in excellent condition with the exception of some rock chips from normal driving.

Clear and clean title in hand for an easy transaction.No accidents no damage not even one ding.Won't be disappointed.
Also almost new tires.
For all options please see the photo with the original sticker.
If any questions please email and if you want me to call you please include a phone number.
We are located in Sun City Arizona(Phoenix metro area)
Thank you!