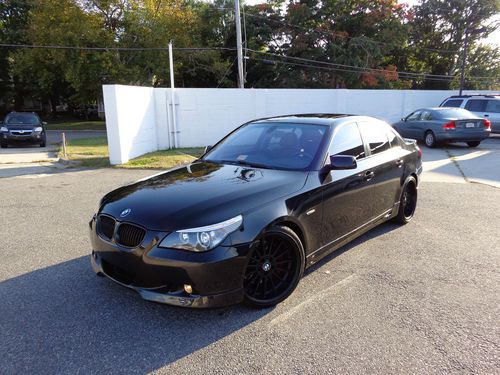 Beautiful looking 2004 BMW 545i. This is a no reserve auction which means the highest bidder will win. This BMW runs and drives excellent. It's a head turner and I get compliments everywhere. Everything works as it should. Has a AC Schnitzer body kit that cost $4,200. Black, 20 inch wheels that give it a stylish look. Interior is in great shape. Peanut colored seats with black carpet. This car just drives great. Has a lot of power and is not bad on gas. Cold AC, warm heat, leather, sunroof, and all power options. You are welcome to come test drive and pre inspect it. I will give 30 day tags to the purchaser. If you have any questions please call me at 804-605-0096 or email me through ebay. Thanks...