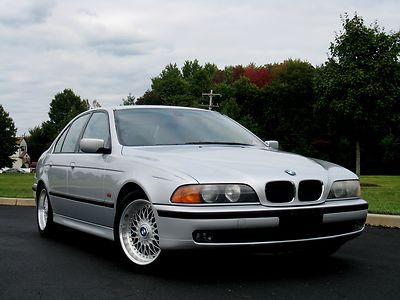 Condition: UsedA vehicle is considered used if it has been registered and issued a title. Used vehicles have had at least one previous owner. The condition of the exterior, interior and engine can vary depending on the vehicle's history. See the seller's listing for full details and description of any imperfections.Seller Notes:"Very nice 1 Owner Loaded"

Company car offers in decline, but not at The Cheesecake Factory [w/poll]

As businesses look to keep high-level employees happy, it seems that use of company cars can still be an effective method, although fewer companies are employing it. According to Businessweek, only about 25 percent of companies offer company vehicles as a perk, while less than half give allowances for employees to use their personal vehicles for work purposes.
The report says that one business still in the practice of handing out company cars is The Cheesecake Factory, which offers the benefit to top managers. And we're not talking about some econobox, either. The article indicates the restaurant chain hands out BMWs on a three-year basis - although the company's own report says that the type of vehicle "varies with the executive's level."
Still, we mostly agree with the article's conclusion that money is the best way to keep employees or attract new ones, even if a corporate car is a big perk. What do you think? Let us know, in the poll below, whether a company car could sway you to work for a certain company (not just the Cheesecake factory, where the "Glamburgers" portion of the menu alone is enough to keep a guy hanging around).