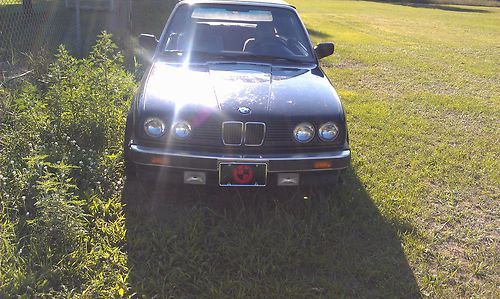 Condition: UsedA vehicle is considered used if it has been registered and issued a title. Used vehicles have had at least one previous owner. The condition of the exterior, interior and engine can vary depending on the vehicle's history. See the seller's listing for full details and description of any imperfections.Seller Notes:"Was a daily driver til about a year ago, have not used it for the winters out here. I drove it here from California. It will need some TLC for interior, body, and will need a new top, will also need a new battery. Engine starts, runs and it drives, but I only drive it down some side streets and start it about once a week. Registration is not current, title is clear."

Some of the items i have done in my time of ownership (I am sure I will forget some things) are.

Never been in a collision, there is a dent on the passenger side door, was there when i bought the car, someone backed into previous owner in parking lot.  Car is very fun and has been great.  Do not really need a vert for out here, thank you for looking.

Without a doubt, the most impressive thing that BMW showed at CES this year was a driverless M235i drifting flawlessly around a wet track at Las Vegas Speedway. However, that bit of robotic helmsmanship wasn't the only trick the German company had up its sleeve. Or, more to the point, on its wrist.
Taking a page from rival Mercedes-Benz, BMW demonstrated how a "smartwatch," in this case the Samsung Galaxy Gear, could be made to function usefully with a vehicle, in this case the BMW i3. Calling it a "research application," BMW showed off its BMW i Remote App on the Galaxy Gear; the app gives information about state of battery charge, available range and whether or not all the doors and windows are closed or open. Perhaps more useful still, the watch can be used to send a destination to the i3's navigation unit, adjust the climate control in preparation for a trip and can recognize voice commands. Nifty stuff, if not world-shaking, that could help tech-obsessed luxury buyers take a second look at the upcoming BMW EV.
Take a closer look at the watch in action below, or read thru the BMW press release.