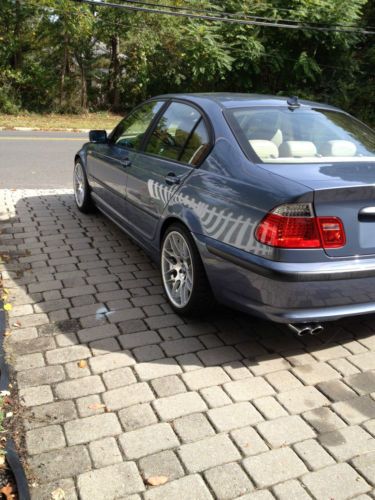 Up for sale is my 2004 Bmw 325i, it has 63,000 miles on it and is an auto steptronic transmission. Interior is in very good condition, the leather was cleaned/conditioned regularly. Recent maintaince includes all four brakes and rotors, fuel filter, spark plugs, suspension overhaul( now has coilovers which ride better than stock suspension), oil changes regularly, alignment done about a month ago, window regulators replaced, I am sure there are a few things I am missing I can't think of at the moment. Does have a few small modifications to make it look more appealing. These include a coilover suspension, vmr vb3(csl) wheels wrapped in bf Goodrich tires, euro clear(oem) lights all around(led tails), and xenon headlights. If necessary, the car can be returned to stock form. I will also include the stock set of wheels/tires, which I usually use in the winter.