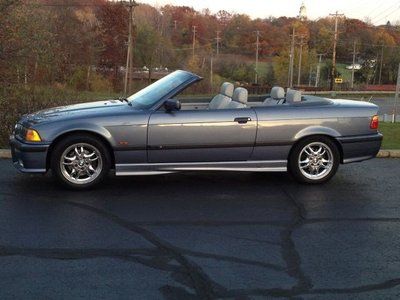 Like it or not, the majority of BMW 3 Series variants are on their way out, and the 4 Series models are hotly embroiled in the testing needed to replace them. We've now driven the basic 4 Series, seen spy photographs of the 4 Series Convertible and both versions of the M4 and today we get a better-than-ever look at the 4 Series Gran Coupe.
And, mostly dependent on your personal disposition towards four-dour coupes, that look should be a pleasant thing. The long, swooping Gran Coupe may be roughly similar in size to the related 3 Series GT, but it has been sculpted with beauty in mind rather than crossover function. We expect that those details still hidden by the body cladding here, mostly front and rear, can be filled in by simply remembering what the standard 4 Series looks like and squinting your eyes a bit. Subtlety is thy name, BMW variants.
As for the mechanicals, well, we expect to have the very same greasy bits under the hood and beneath the car that are found in the 4 Series lineup, too.