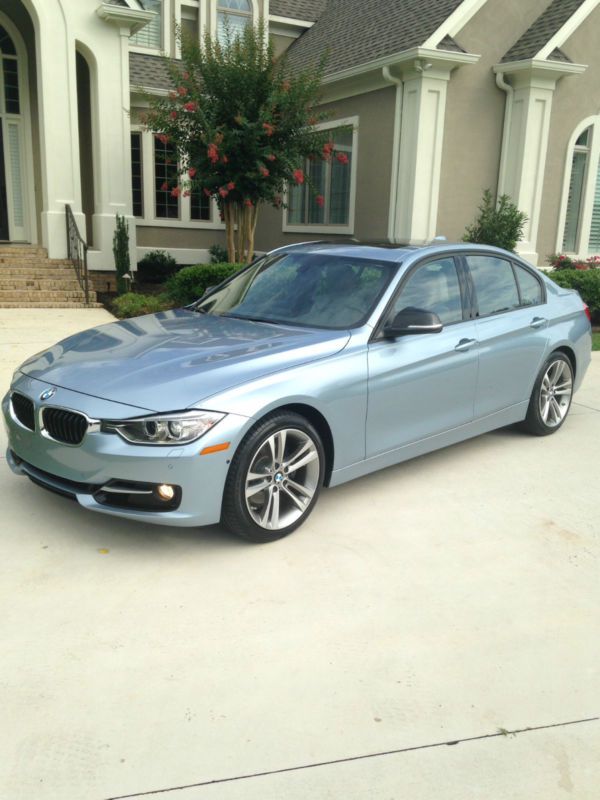 I am always available by mail at: jackelynjgginter@sheffunitedfans.com . 2013 BMW 328i. Car has every option. Original window sticker $51,900. The car is
liquid Blue Metallic with Dakota Grey interior. Options include Sport Line
Package, Anthracite Wood Trim, Cold Weather Package, Drivers Assistance Package,
Lighting Package, Premium Package, Technology Package, M Sport Package and
Harmon Kardon Surround Sound. Too many items available in those options to list
but you can look them up. I am only owner of the car (bought with 6,000 miles).
We bought from original dealer as it was a BMW executives car. This was my
wife's car. It has BMW TwinPower Turbo inline 4 cylinder engine. It gets 23 city
mpg and 33 mpg on the highway. All BMW services are up to date. The car is still
under the factory warranty and the maintenance is paid for until 50,000 miles.
The car is in great shape. The wheels are not curbed, and it is not dinged up.
It does have a 4" scratch on the rear passenger door (made picture) and the
normal freeway road chips but it is a beautiful car. The interior shows no wear.
The tires are also in great shape. You won't find another 328i like this one.