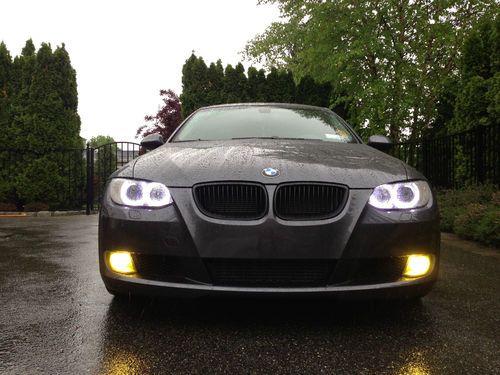 Condition: Used: A vehicle is considered used if it has been registered and issued a title. Used vehicles have had at least one previous owner. The condition of the exterior, interior and engine can vary depending on the vehicle's history. See the seller's listing for full details and description of any imperfections. ...
Up for sale is my 2008 BMW 335i Coupe. I am the original owner and the car was purchased in May 2008 at Rallye BMW. The odometer currently reads 57,450 miles. The car runs beautifully with no problems and is in showroom condition, I have meticulously taken care of the car since day one of ownership. I would like to mention that the fuel pump was replaced under warranty in May 2010 and the water pump was also replaced under warranty in December 2011. Oil changed every 7,500 miles with Castrol 5W-30 and I only fill up using 93 octane gas. I have a stack full of receipts from when the car was serviced at the dealership or other independent shops. It saddens me to part ways with such an amazing vehicle but I have other interests right now such as purchasing my first home.