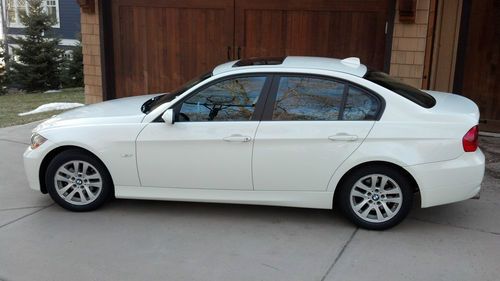 Is it that time already? Like its predecessors, the current BMW M5 has been endangering US licenses since it first went on sale here in 2012, but its design became a known quantity back at the 2011 Frankfurt Motor Show. Apparently that also means that the F10 generation has already grown tired enough to the "Must Have Latest Set" who can afford these sorts of super saloons that a facelift is in order.
If these leaked images sourced from Autocar are anything to go by, BMW stylists have used a predictably light hand to rework their hottest 5 Series, with a revised grille that echoes the M6 along with modestly resculpted headlamps. The rear end appears wholly unaltered. Interior changes gleaned from a look at the cabin photos include an updated touchpad-equipped iDrive controller and a new steering wheel cribbed from the M6.
No new word on changes to the 4.4-liter, twin-turbo V8 powertrain, but in late April, we heard that BMW was readying new competition packages for the M5 and M6. The packages are said to include 15 more horsepower, revised suspension and steering, along with new wheels and blackened exhaust tips. Given that BMW is known for habitually underrating its cars' horsepower outputs (particularly its M models) we can't help but wonder if its engineers will need to do anything other than wave a magic wand to corral those extra ponies underhood...