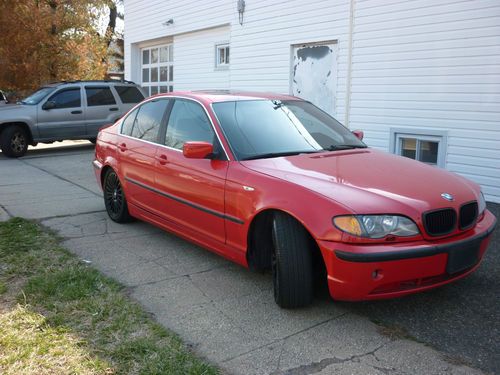 You are bidding on a 2002 BMW 330i Sedan. This car runs and drives beautifully. It has custom wheels and brand new tires. No problems of any sort. There is a dent/crack in the front bumper that is visible in the pictures. Comes with a 6 disc CD changer in the trunk that is not currently hooked up. I am not the original owner and do not know how many owners there have been, but the title is a clear NY Title. Any questions feel free to contact me. Happy Bidding!