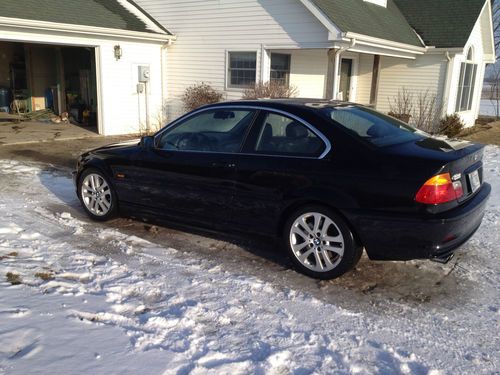 Forsale is a 2002 BMW 330Ci.  2000 miles ago i replaced the headgasket, serpintine belts, intake gasket, four new breather hoses, exhaust gasket, and rebuilt the vasnos unit.  recently the check engine light just came on with the error code of air relay. the front ball joints are going out to and i have bought new ones and plan on putting them in this week.  I have just put alot of money in this car and dont want to sent it back to the dealer for the check engine light again so sold as is.  Car runs great tho.  I love the car just need a truck now with the changes in my life.  Other than a few scratches from normal age the car is in great shape