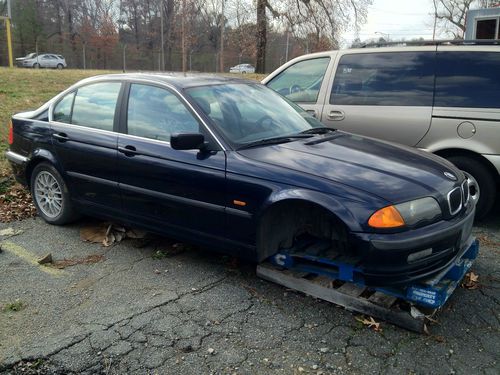 I am selling a 2000 BMW 328i. as you see some assembly will be required, I purchased car and a short time later blew the motor It has been removed(front suspension and steering are attached) but is included in this sale. I will also have another listing for the replacement motor that I purchased but haven't had the time to get put in. My loss your gain, blah blah blah
It is a very nice car and drove great until the day the motor went, transmission is strong all accessories worked AC blew cold

I have added the VIN Number to the listing at several peoples request and also I did not mean to list with salvage title, title is clear