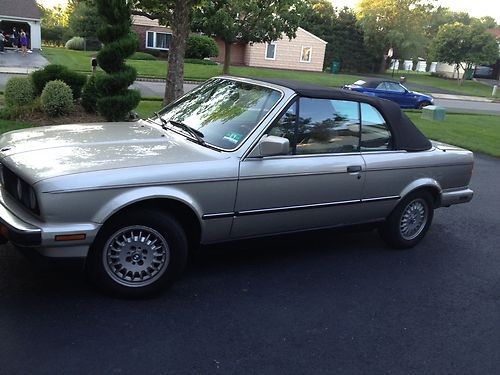 For Sale is my vintage 1988 BMW 325i convertible. The "classic" tanning machine. The miles are high, but so is the fun.. and she loves to run. Original metallic beige with a sable (dark brown) top. Cream beige hides for your seating pleasure. 212,000 miles, 3spd auto trans,  heated buckets, power windows, cruise, am/fm/cd (after market) but have the original radio as well. Family owned since new and primarily maintained by BMW dealer. Just passed state inspection. Looks and runs excellent. Will need tires soon and a/c part replaced. Perfect extra car for fun in the sun all year round. If you want status and enjoyment for an extremely reasonable investment, this is the car for you.