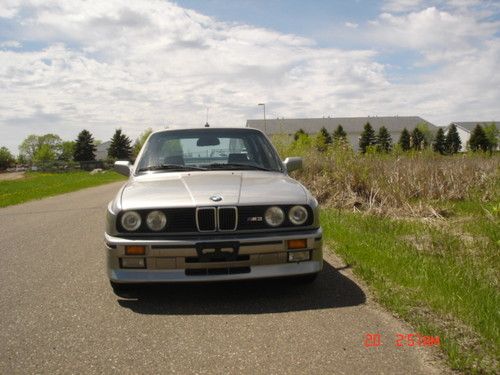 This1988 BMW M3 is a one owner car.I have a full service record on the car.Just had new hoses, belts, all suspension, brakes, rotors, tires, muffler and tuned up.Paint is in great shape.Interior in good condition.Car runs and drives great.Any questions about car call Dwight 309-781-6318.