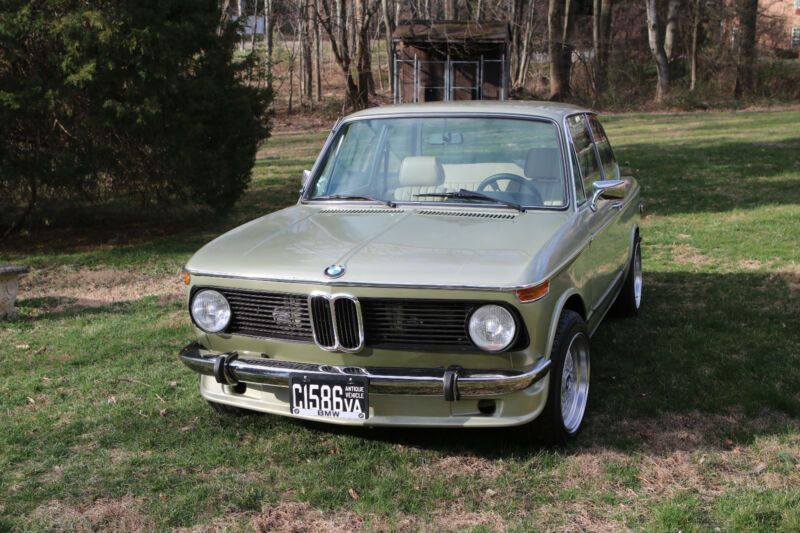 My 2002tii is a square-taillight example (1974) finished in BMW color code 075 (original to E21 models) Reseda
Green Metallic, “Resedagrun”, and powered by a fuel-injected 2.0L M10 inline-four fitted with a 5-speed Getrag
manual gearbox. 6 year project included body and interior work with new paint and E30 sport seats, suspension and
brake upgrades, aftermarket Stainless Steel exhaust components, BBS-style wheels, and more. Approximately 8k miles
have been driven since completion of the work. Clear title in hand. Research showed that the Vin number on the
engine block is only showing two "x" one on either side of the pad, which indicated the engine block was replaced
with factory crate engine. The engine runs very strong.

Like it or not, the majority of BMW 3 Series variants are on their way out, and the 4 Series models are hotly embroiled in the testing needed to replace them. We've now driven the basic 4 Series, seen spy photographs of the 4 Series Convertible and both versions of the M4 and today we get a better-than-ever look at the 4 Series Gran Coupe.
And, mostly dependent on your personal disposition towards four-dour coupes, that look should be a pleasant thing. The long, swooping Gran Coupe may be roughly similar in size to the related 3 Series GT, but it has been sculpted with beauty in mind rather than crossover function. We expect that those details still hidden by the body cladding here, mostly front and rear, can be filled in by simply remembering what the standard 4 Series looks like and squinting your eyes a bit. Subtlety is thy name, BMW variants.
As for the mechanicals, well, we expect to have the very same greasy bits under the hood and beneath the car that are found in the 4 Series lineup, too.

Earlier this month, we brought you news that BMW's one-year wonder, the 2011 1 Series M Coupe, is actually trading for more money today than it did when new. That sort of short-term appreciation is a major rarity with modern production cars, but apparently it's not the only BMW enthusiast coupe to enjoy far-above-average residual values. The not-for-North America 2004 M3 CSL, itself a single-year offering, apparently also fits that description, as we've just learned from Auto Express.
The M3 CSL ruled overseas BMW showrooms a decade ago, with just 1,400 examples built. Based on the well-regarded E46 M3, the rare two-door was relieved of extraneous bits for improved track work and driver fidelity, coming in at around 240 fewer pounds than a garden-variety M3. With carbon-fiber-reinforced plastic bodywork, thinner glass and a lot less sound insulation, the CSL was one of the more raucous cars of its day. Like the 1M Coupe, it was also one of the more connected cars of the era, with a retuned suspension, quicker steering, and a bit more power than its brethren.
As Auto Express points out, a good used one commands about the same money as a brand-new 2014 M235i - the closest thing BMW makes to a 1M Coupe today - which makes this video track battle an interesting new-versus-used showdown. According to AE, a well-sorted used M3 CSL will run UK consumers anywhere between £30,000 and £35,000 - roughly $50,000 to $59,000 US. That's a massive premium over the $10k-17k British buyers can expect to shell out for a comparable standard M3, similar to the story that plays out for the 1M versus lesser 1 Series variants.