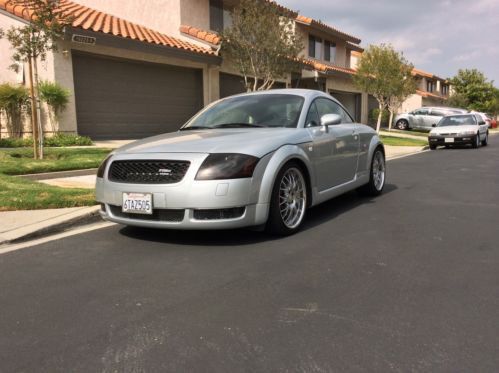 It's turnover time in the extra large premium sedan segment. With Mercedes having stuffed HAL 9000 in its new S-Class, other luxury marques are quickly updating their own super sleds to keep up with this persistent march of technology. While far from a full redesign, the Audi A8 has changed enough for 2015 in terms of styling, powertrains and new technology to keep it in the conversation.
For starters, the A8's exterior design has been redone, with the most noticeable changes happening up front. The trademark 'gaping maw' grille is a little less gaping, while the headlights now feature a straight lower edge of LEDs, excising the old model's droopy-eyed look. Speaking of headlights, Audi now offers optional Matrix LEDs, the latest in headlight tech, with 25 individual elements per side that can be turned on or off and dimmed as the situation demands. The rear of the A8 has also been resculpted and looks very much inspired by the derrière of the A7, with a single chrome strip connecting the new LED taillights.
The A8's full suite of powertrains has also been upgraded, with the supercharged 3.0-liter V6 now producing 310 horsepower (up 20 according to Audi, though down 23 compared to the US-spec 2013 model). The twin-turbo 4.0-liter V8 is now rated at 435 hp, a solid 20-horse increase that lowers the car's 0-62 time to just 4.5 seconds. That's within spitting distance of the 520-hp S8's time of 4.1 seconds. That aforementioned super sport sedan's engine remains unchanged, as does the 6.3-liter 12-cylinder powerplant in the A8 L W12, but Audi's two diesel engines have both improved, with the 3.0-liter V6 producing an extra eight horsepower (256 total) and the 4.2-liter V8 gaining an extra 34 hp (385 hp) to go along with its more-than-adequate, though unchanged, 626.93 foot-pounds of torque.