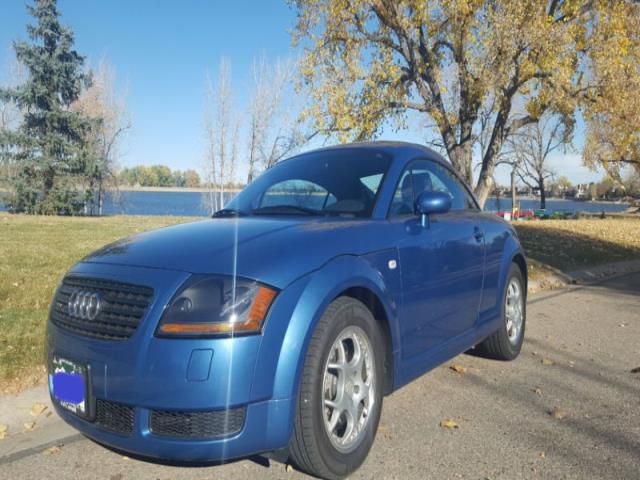 Hello I 'm selling my Audi TT Coupe. Very low miles, only 7,955 ,immaculate condition, all services done by Audi Dealer. Has been stored inclimate controlled garage, covered with Audi car cover. Comes with two sets oftires(winter and summer) and rims in very good condition. No leaks no car quality. Has never been buffed, so no paint swirls from 100k warranty on timing belt. I have a carfax available and dealerinspection report. Contact me for more info please. NO MODIFICATION have beendone. Horsepower: 225 hp MPG: Up to 22 city / 31 highway