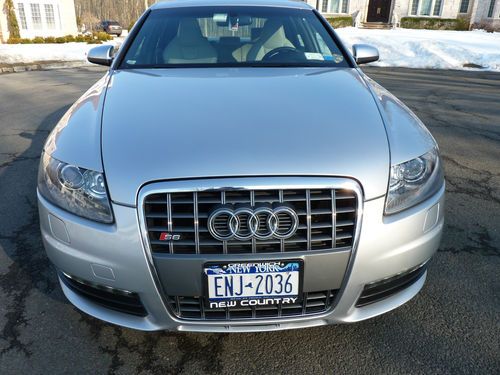 Latest, Greatest Autobahn Bomber Will Not Be Denied - Except To Us
Back in 2008, I was fortunate enough to test the second-generation Audi RS6 Avant in southern France on the supremely well-sorted circuit at Le Castellet, a.k.a. Paul Ricard. I was thrown out there with the 572-horsepower bi-turbo 5.0-liter V10-equipped behemoth behind one of Audi's DTM pros and was convinced in short order that the flaming hippo in my hands was going to get the better of me on one or another of the track's tight esses. I made it out alive and invigorated, of course, but knew that that RS6 Avant was the heaviest that these thunderwagons should ever be allowed to get. At around 4,650 pounds with driver aboard, it was just way more lateral momentum at speed than any pilot needs on a track - or for that matter, on a favorite hot curving road.
Now it's time for the 2013 Audi RS6 Avant to lay us out with a flying scissor kick from the corner ropes. This version of the highway and byway marauder from Quattro GmbH is a decidedly greater piece of work than was the car I drove in 2008. This time, there will only be the Avant body configuration - no RS6 sedan - and, as with the previous generation, North America won't be at the receiving end when deliveries start at the end of July this year.