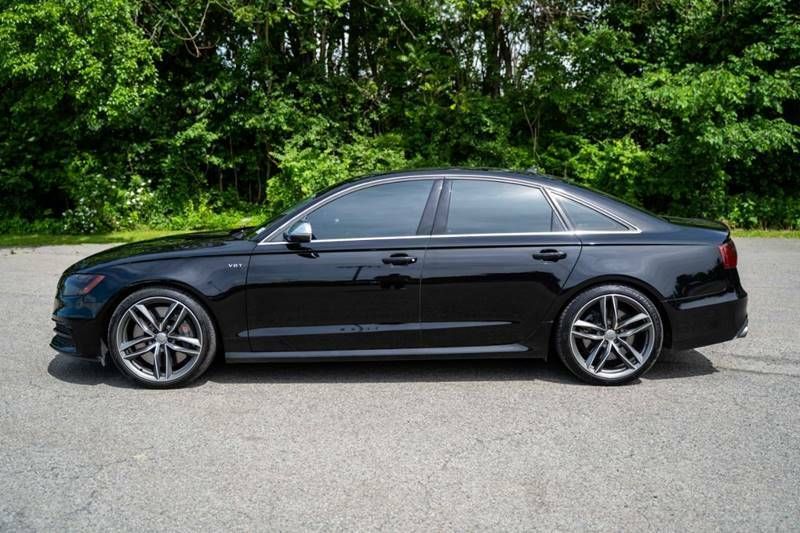 Professionally tinted Windows, tailights and headlights. All can be removed if buyer wants the look changed.

Back in March, Volkswagen AG CEO Martin Winterkorn voiced his doubts about the cost and infrastructure associated with building hydrogen fuel cell vehicles, but according to Autocar, that isn't stopping Audi from developing a fuel-cell version of the Audi A7. While we're inclined to take this report with a grain of salt, this wouldn't be the first time a VW executive has made seemingly damning statements about electric powertrains that later proved to be incorrect.
After speaking with Audi technical chief Wolfgang Dürheimer, Autocar reports that Audi is building a fuel cell A7 that is expected to be ready for testing by August. Like the electric E-Tron and natural-gas-powered G-Tron models, the hydrogen fuel cell Audis could, if produced, carry their own "tron" nomenclature.

We know what you're thinking: This car looks an awful lot like an Audi A4. But it isn't. And it is.
Regular readers may be aware that Audi's Spanish sister-company Seat inherited the previous-generation A4 some time after it was replaced. They put some new badges on it and presto! A new flagship model for Seat.
Called the Exeo, it has now undergone a minor facelift that did nothing if not make it look even more like an Audi, if that were possible, and we got up close and personal with the new model here in Frankfurt. Check it out in our high-res gallery of live images from the show floor.

The 2013 Audi RS6 Avant was announced back in December with a twin-turbo V8 cranking out 560 horsepower, but Car is reporting that this badass grocery getter could get even more power with a new Plus model. In a conversation with Car, Stephan Reil, Audi's top guy at its Quattro GmbH division, told the magazine that the RS6 Avant Plus would produce around 600 horsepower, and it sounds like there is a growing family of RS Plus models being planned as well.
Aside from the more powerful engine, the specifics of the RS6 Avant Plus are unknown, but we'd suspect some weight-savings measures and updated features for improved handling. Like recent RS Plus models such as the TT RS Plus and R8 Plus, the RS6 Avant Plus will not be a limited-production unit when it goes on sale (most likely for the 2014 model year).