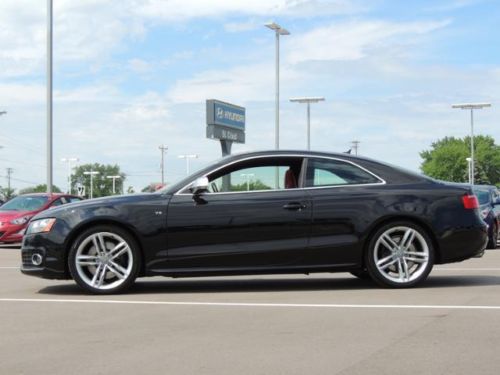 Nothing to see here, folks, except a 2013 Audi RS4 Avant weaponized with a high-caliber paintball canon. No, make that two of them, one black and one white, playing paintball in an abandoned aircraft hangar. At this point, there's probably not more to add than "Watch the video below" while we get on the horn to find out how to get this as a factory option. And the wagon itself, since that's not coming here, either...
But what's cooler than two high-powered Audi wagons with paintball guns and push-button firing in a video set to cheesy music from a bad eighties rip-off of Top Gun? One car can dump paint out of spigots under the rear bumper, the other has paintball grenades. And now we've really said enough. So watch the video, and the two behind-the-scenes vids, below.