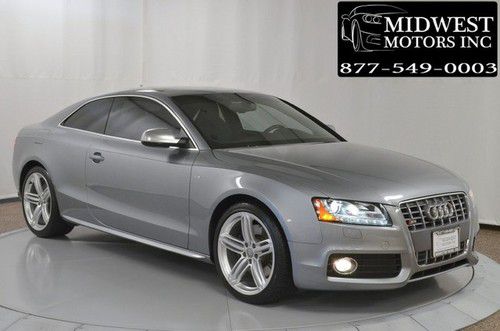 Two men are wanted in the Houston area tonight after they stole an Audi RS5 from a local dealership. The brazen theft happened in the middle of the business day, when a salesperson stepped away after letting one of the men take the car for a test drive, while the other sat in the (getaway) car. He then swiped the keys and his license before running out to the lot and taking off in the 450-horsepower coupe.
The men drove to the dealership in an plate-less, white Range Rover Sport, and fed the salesperson a fake phone number - it ironically led to a collections firm - along with what is probably a fake name and a fake background, although the dealership does have both men on video. The dealer, Audi West Houston, is offering a $5,000 reward for any information that leads to the Audi and the crooks that stole it. Scroll down for the full news report from Houston's CBS-affiliate KHOU 11.