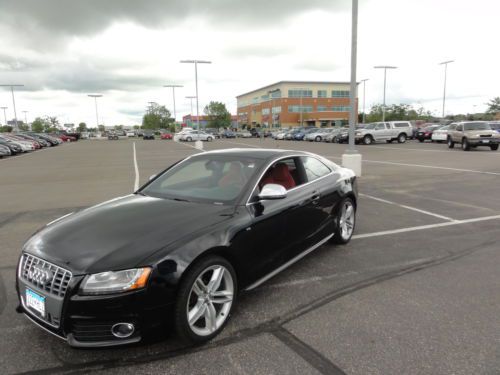 No Diesel? No Problem
With the exception of a handful of markets (including the US), the Audi SQ5 was a pioneer for the company's S/RS performance line as it was the first model to wear the badge and also get diesel power. Our general "everything is better with a diesel" mentality was put to the test when we first heard we would be getting a non-diesel SQ5 in the US (despite the availability of the diesel-powered Q5 TDI here already), but as usual we can only blame our federal emissions standards. As Audi tells it, the SQ5 TDI engine would require AdBlue to meet US emissions regulations, and the packaging of such a system just wasn't possible, so the global SQ5's diesel engine was replaced by a gasoline-powered V6 borrowed from the Audi S4/S5. To show that little, if anything, was lost in translation from diesel to gas, we headed to southwestern Colorado to spend an afternoon with the all-new 2014 Audi SQ5.
Our drive program had us taking the SQ5 from Durango, CO to the city of Gateway, before heading to Grand Junction the next morning. There's nothing like spending five hours strapped into a seat, traversing hill and mountain, to truly test a vehicle's comfort and driving dynamics. From the first touch of the SQ5's push-button starter, we knew this was no ordinary Q5. As the engine came to life with a deep burble and raspy pops, and we spent the rest of the day trying to come to terms with the fact that not everything needs a diesel. Wait. What?!

Over in Europe-land, the Audi SQ5 is a diesel-powered monster capable of sending a whopping 479 pound-feet of torque to its wheels. Naturally, this beast isn't coming to the States, but that doesn't mean we're missing out on the whole SQ5 experience altogether. At the Detroit Auto Show this week, Audi is debuting a new gasoline-powered version of the hot crossover, and while it's not quite the oil-burning dreamboat we've lusted after from afar, we certainly wouldn't kick it out of bed.
Instead of a diesel, we get a boosted version of Audi's supercharged 3.0-liter V6, good for 354 horsepower and 346 pound-feet of torque. Running through an eight-speed automatic transmission, the SQ5 will reportedly be able to fire off 0-60 times in the low-five-second range and will top out at an electronically limited 155 miles per hour. Suspension upgrades are on hand to improve road-going prowess, but also lower the Q5's stance a bit, too.
Because this is an S model, there are plenty of visual upgrades on hand, including a more aggressive front fascia, 20-inch wheels and some pretty new colors including Estoril Blue and Panther Black. Interior upgrades like Alcantara trim and aluminum brightwork add to some sportiness from the cockpit view, as well.