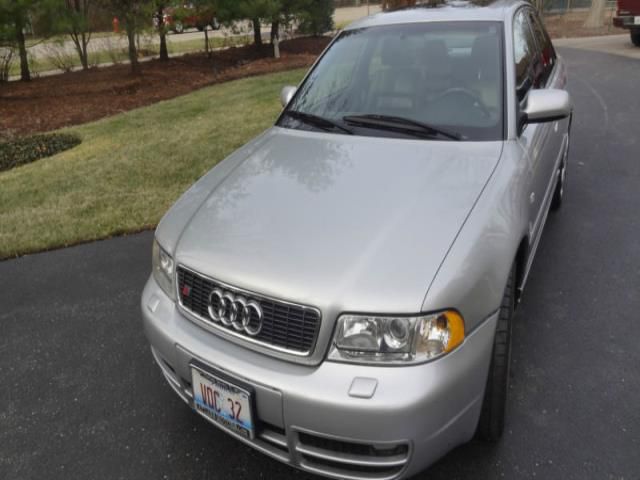 I have owned this car since new and have enjoyed it. It is a wonderful car with the abilities of a four door yet the performance to make driving to work fun. I have always maintained the car and treated it well. I just had the turbo boots replaced as they had a leak causing a lag when accelerating. At the same time I had the brakes done and put new springs on the car. I just installed a new battery as well. I also have a spare set of wheels that look like the S4 but I got them from Tire Rack with snow tires. The snow tires should be replaced as they didn't sound right when I last used them.