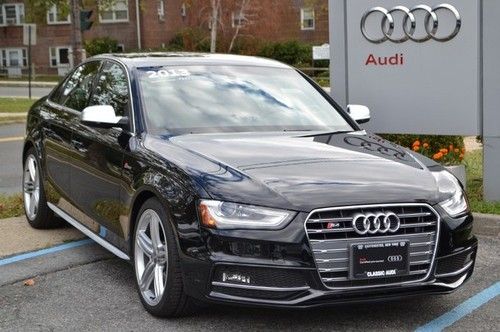 Audi technical boss Ulrich Hackenberg has a huge job ahead of him if he's going to add more electrified models his employer's portfolio. Currently, the German company's electrified offerings amount to just the Q5 Hybrid in the US and the A3 E-Tron in Europe, but British auto mag Autocar is claiming that Hackenberg wants to add a Tesla Model X-rivaling electric version of the company's long-rumored Q8 utility vehicle to the plans. That E-Tron model, said to be a high-riding crossover with coupe-like lines, is expected to be Ingolstadt's CUV flagship, positioned just above the Q7 (pictured above).
Autocar further maintains that Q8 E-Tron will borrow its front- and rear-mounted electric motors (good for around 375 horsepower) from the recently revived R8 E-Tron, and the model could be ready as soon as 2017. This sporty CUV is expected to have a much greater range than the two-door electric sports car, however. Figure on about 370 miles thanks to room for extra batteries.
The still-not-confirmed Q8 range is expected to be offered with gasoline, diesel and plug-in hybrid powertrains, and will ride on the same platform as the Q7, albeit fitted with sleeker styling. Like all of Audi's upper-end offerings, it will make extensive use of aluminum for the body and chassis to keep weight down.