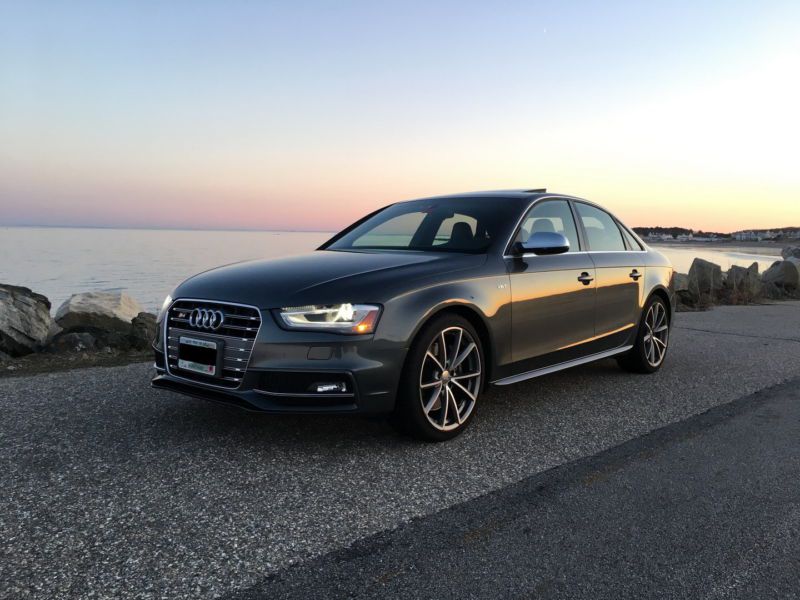 For sale is a 2015 Audi S4 with Supercharged 3.0 V6 and 6 speed manual transmission with Sport Differential ,
Technology package with Google Earth navigation and Bang & Olufsen audio system. The interior is classy with fine
black Nappa leather with carbon fiber inlays - both extra options. The exterior is the Daytona Gray , which has
been reserved color for Audi S and RS models and was Audi exclusive color only before 2015 and 2016 . In 2014 this
color was a $3900 option. This great performance sedan will still look classy in many years to come and get more
and more unique as the 6 speed is disappearing, replaced by automatics. The traditional 60:40 rear/front all-wheel
drive system with Torsen center differential for which Quattro is so well known can change the ratio of torque
distributed to the front and rear wheels of the car, depending on the available traction. When the rear wheels
start to slip, more power is sent to the front wheels, and vice versa. This S4 is also equipped with the optional
for Audi's S and RS cars Audi Sport differential in the rear which uses torque vectoring to change the torque
distribution in the rear axle from side to side. In a corner, more power is sent to the outside rear wheel, to help
push the car around the corner. The Sport Differential eliminates understeer (the front end of the car pushing
wide), and helps rotate the car.