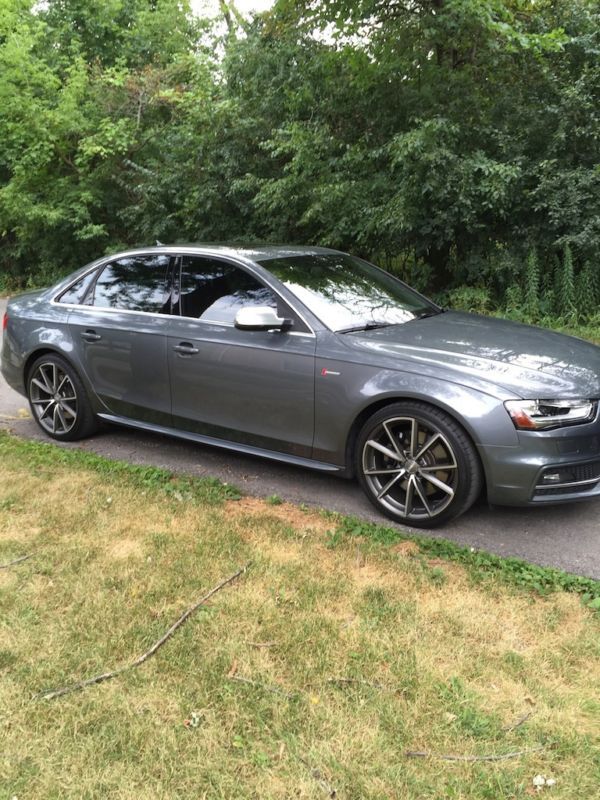 Beautiful 2013 Audi S4 Premium Plus Quattro S-Tronic Supercharged! Almost excellent condition -- low miles, purchased originally in AZ. Never saw winter the first couple years -- barely driven this past winter, always garaged. No one has barely sat in the passenger seat and no one has ever sat in the back seats! Car options include: Monsoon Gray metallic, NAV, quattro w/ sports differential, Bang & Olufsen Sound System, Audi Advanced Key for Touchless Entry and Start, 2 sets of rims - Original 19" Tri-spoke rims with the original summer tires -- have 4 & 5/10's tread left on them. Also, included are the aftermarket 2015/16 duplicate new style V-spoke rims which are on the vehicle now. Also, will include the winter tire set - Blizzaks with 8/10's tread left on them. I can put these all in the vehicle prior to shipping or for local pick up. Car still has original warranty until 12/31/16 or 50k miles -- also included is the Audi Maintenance which is transferrable - still has the 25k, 35k, and 45k free services left.