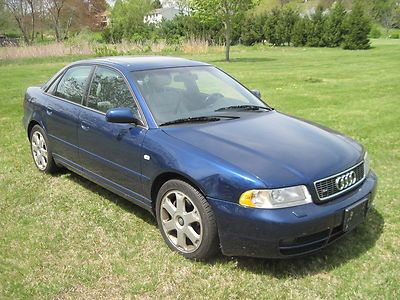 Italy To Monaco In Ingolstadt's Crushing Performance Saloon
I had an engagement a while back with the Audi RS5 Cabriolet in Monaco, and getting me from my lair in northern Italy by plane connection is an utter waste of time since the first flight is always to either Paris, Zurich, or Rome, three cities not at all on the way to Monaco. So I phoned Audi Italia about a quick loan of a car for the three-hour-ish drive to this event, and they were simpatici enough to propose that I keep whatever they gave me for two weeks. And what they gave me was a loaded Audi S8 with properly chosen 20-inch Dunlop SP Winter Sport treads attached.
This was about to be a much cooler two weeks than I had planned.