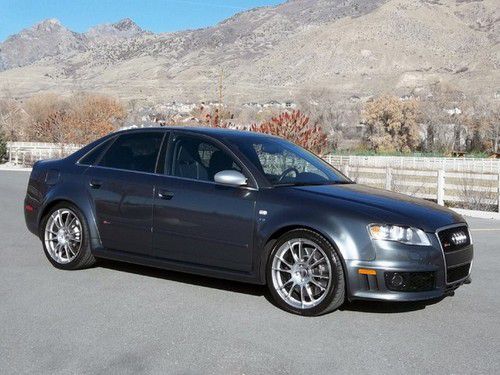 Formula 1 and endurance racing are already harvesting energy from turbos on the track, and now it's apparently time for a similar idea of boosting the efficiency of forced induction to hit the streets in a high-performance, diesel SUV.
In a recent interview with the UK's Autocar, Audi technical boss Dr. Ulrich Hackenberg let the big news slip. "The new Q7 will be available in the market next year but the electric turbo will come a bit later in the Audi SQ7 available in 2016," he said. The e-turbo system was already rumored for the premium SUV but for the standard model, not this just-announced performance version.
Audi has been experimenting with the e-turbo system for a little while, as an electrically driven supercharger. It showed up on the RS5 TDI concept that used a 3.0-liter, twin-turbocharged diesel V6 plus the electric system to diminish turbo lag. In that application, it provided an impressive 385 horsepower and 553 pound-feet of torque and an alleged sprint to 62 miles per hour in 4 seconds. Although, Dr. Hackenberg didn't make it clear if this was the exact layout for the SQ7.