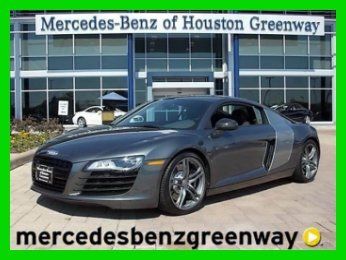 If we were to opine that Audi needed a new design language, we certainly wouldn't be the first. Because while most of the vehicles wearing the Four Rings these days look slick enough, they all tend to look rather similar, and perhaps lack a certain amount of character. If the latest rumors are to be believed, Audi is working on just such a design overhaul.
The new design language being developed in the studios at Ingolstadt is said to differ from the current theme in two ways. For one, it's set to be dominated by a more horizontal approach, eschewing the tall vertical grille that dominates the noses of many of Audi's current models in favor of one that stretches more widely across the fascia.
For another, Edmunds projects that the new design language will emphasize the four-wheel-drive setup that has become Audi's hallmark. We understand that to mean more muscular wheel arches, with the rest of the design revolving around that element for an overall look that's more visually planted on the road. We'll have to wait to see how this theme develops, but the rumors at least indicate that Audi is aware of its design issues and is working to address it.