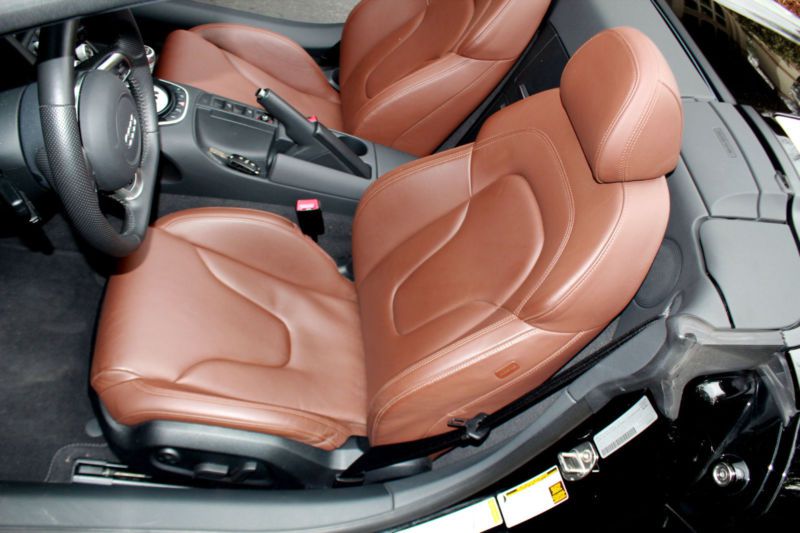 ANY QUESTIONS JUST EMAIL ME: granvillethruthley@juno.com .

Match up a hot hatch with a supercar of the same vintage, and we'll tell you who will win every time. It's easy, really, as the supercar invariably features a more advanced suspension, stickier tires and most importantly, more power. What if the hot hatch is race prepped, though?
In that particular case, all bets are off. A circuit-tuned suspension, a stripped-down cabin, an ultra-quick sequential transmission and the greatest equalizer of them all, slick tires, are all that's needed to turn the typical hot hatch into a proper dragon slayer.
Perhaps seeking to prove this, Evo has put together an interesting head-to-head between the Audi R8 V10 and a race-prepared Renault Clio Cup. Host Dickie Meaden takes us through each car, highlighting the bits and bobs on both sides which should make this a tight competition. And boy, is this one tight.

Automotive News reports Audi may have a hard road ahead of it when it comes to convincing federal regulators to allow the company's new matrix beam lighting. The system uses small cameras to detect other vehicles on the road and darkens specific elements of the high-beam pattern to provide maximum nighttime visibility without blinding other drivers. Audi has been displaying this technology on its concept cars for a couple of years now (including the Crosslane Coupe Concept shown above at its 2012 Paris Motor Show reveal). Audi hopes the technology will effectively do away with the industry's current high and low beam settings, but the National Highway Traffic Safety Administration doesn't allow such a system under its current laws. Federal Motor Vehicle Safety Standard 108 specifically says headlamps are not to shine in this dynamic of a way.
Audi has asked has asked NHTSA for more clarification to determine what, if any elements of the matrix beam lighting technology can legally be used on US-specification vehicles. But American buyers may have to settle for systems that automatically dim their high beams until the rules get a bit more clarification.