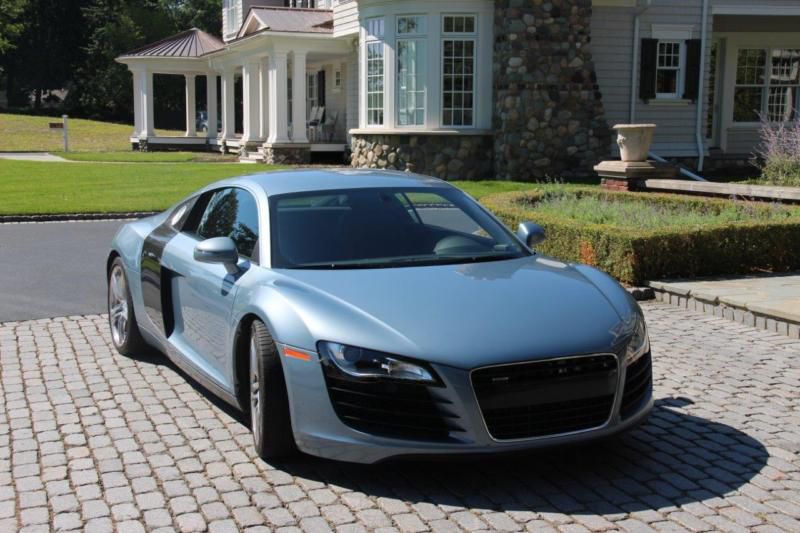 We've seen the coupe. We've seen the convertible. We're still waiting on word of the next variant, but before it arrives, Audi has revealed the racing version of the new TT.
Set to form the backbone of the inaugural Audi Sport TT Cup, the competition-spec sports coupe is closely based on the production version packs the same 2.0-liter turbo four and six-speed dual-clutch transmission as the road-going TTS, delivering the same 310 horsepower, but with a push-to-pass boost of an extra 30 hp.
It's also got an active differential, and while the full specifications have not yet been revealed, it's clear that Audi has also outfitted the TT racer with more aggressive aero, track-spec rolling stock and a stripped-out cockpit (complete with the Audi PS1 Safety Seat from the R8 LMS Ultra) to get weight down to from 2,700 pounds in stock production form to 2,480.

Next Audi R8 to share hybrid tech with Lamborghini Asterion

The second-generation Audi R8 isn't far away, but when it arrives, it could serve to seriously shake up the supercar market according to Audi research and development boss Ulrich Hackenberg.
Speaking to Car in the UK, Hackenberg confirmed quite unequivocally that a plug-in-hybrid model and a pure electric were coming. And as with the current R8, the next-gen model will borrow from Audi's Italian cousins at Lamborghini.
"We are able to make the R8 a plug-in hybrid," Hackenberg told Car. "The Lamborghini Asterion shows this is possible - that car uses the platform of the R8. We will see an increase in the efficiency of high-performance cars - they have to meet CO2 regulations of the future in order to survive."