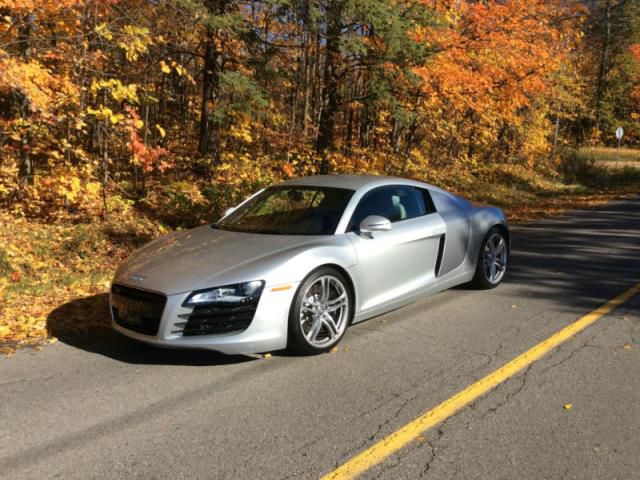 The Audi A3 E-tron, which we drove in prototype form last year, is headed to the 2013 Geneva Motor Show next month. The plug-in hybrid will feature a total of 204 horsepower and 258 pound-feet of torque from the combination of a turbocharged 1.4-liter engine and a 75-kW electric motor. That motor itself is positioned between the internal combustion engine and the machine's six-speed dual-clutch transmission. The setup is good enough to scoot the A3 E-tron to 62 miles per hour in 7.6 seconds and crank out a top speed of 138 mph. Perhaps more impressively, the hatch can whir its way to 80 mph on all-electric power with an EV range of 31 miles.
Audi claims the A3 E-tron gives the world a "realistic glimpse into the future of mobility," so it's a bit unclear if the model will see production. We're encouraged by the specificity of Audi's press release (which is full of stats) and the fact that they don't label this vehicle a concept. You can check out the full press release below and judge for yourself.

The Audi RS7 is already one of the most stylish sports sedans (hatch, wagon, whatever...) on the road today with flowing roof and hunkered down appearance. Now the German automaker is taking that formula even further with the introduction of the RS7 Dynamic Edition at the 2014 New York Auto Show, and the addition of a long list of unique options.
When it goes on sale early this summer, the Dynamic Edition won't come cheap. Prices start at $146,045, which is $41,145 over a base RS7. The extra money allows opulent additions like Black Valcona honeycomb-stitched leather sport seats, Crimson Red seatbelts and interior stitching, Tornado Red brake calipers with the RS7 logo, Audi's Dynamic Ride Control suspension and a sport exhaust. It rides on 21-inch, five-spoke wheels with Gloss Black accents. Also carbon fiber pieces replace the front splitter, rear diffuser and engine cover.
The DRC suspension is a late addition to the RS7's options list and comes standard on the Dynamic Edition. It uses three-stage adjustable dampers that are cross-linked and integrated into the driving mode selection and rear differential.