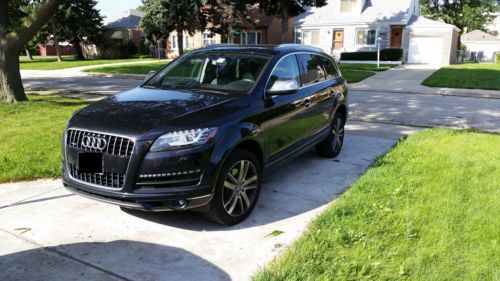 Audi sends off second-gen TT with a few enhancements

The Audi stand at the Geneva Motor Show this year was the focus of a lot of attention with the reveal of the all-new TT, ushering in the third generation of the stylish sports coupe and roadster. But before the second-gen model gets the old heave-ho, Audi is giving it a few enhancements to send it out on a high note.
Stylistically, the 2015 Audi TT and TTS, both coupe and convertible, get a new single-frame grille and LED daytime running lights to make it better match its stablemates. The interior gets some upgraded equipment as well, but enthusiasts will be more intrigued by the optional Competition Package available on the TTS.
Like the package Audi rolled out to celebrate the 500,000th TT made, the new TTS Competition Package gets a fixed rear spoiler, five-spoke alloys, baseball-stitched leather seats with contrasting stitching and a choice of yellow or gray paints for the exterior.