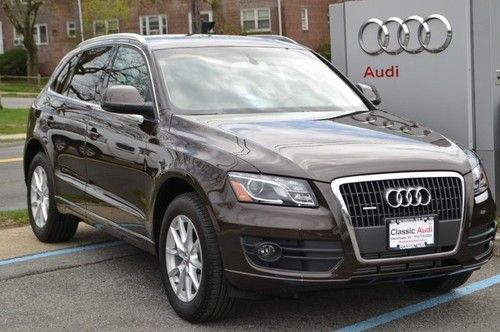 The Audi TT-RS continues to occupy a warm spot in my personal top five list of cars thanks in no small part to the lusty turbocharged 2.5-liter five cylinder under the hood. With 360 horsepower and 343 pound-feet of torque in stock configuration, the engine is a shining star of internal combustion. And now it's headed to one of our favorite vehicles. EVO reports KTM is planning to plop the turbo 2.5 from the TT-RS into the upcoming X-Bow. That ruckus you hear? It's a choir of angels singing "Halleluiah." While speaking at the Geneva Motor Show, KTM CEO Stefan Pierer said the engine is good for up to 480 horsepower.
Pierer went on to say that the company is already testing prototypes and that we may very well see the engine show up in some races next year. What's more, the company's engineers are playing with dual-clutch transmissions, too. Since KTM is already testing the turbo 2.5 on the track, it's only a matter of time before customers will be able to get their grubby mitts on a street-legal version.

Daimler opened up its archives for research into its Nazi affiliations for one book published in 1990 and another in 1998. The Quandt family behind BMW had its public catharsis in 2007. The ties between the National Socialists and the Porsche and Piech families have almost rendered the Volkswagen Beetle some kind of cult tchotchke of the Third Reich. And it's not just automakers called in for cleansing: Deutsche Bank credit helped build Auschwitz, Hugo Boss made Nazi uniforms, patriarch of food and frozen pizza giant Dr. Oetker volunteered for the Waffen-SS. As one historian said, for any business that wanted to stay in business during the war, "no company was really clean. Everyone had to resort to slave labor when their own workers were fighting at the front."
Audi is the latest to go public with findings from an in-depth study of the Nazi-affiliated past of Auto Union, its predecessor company, and the "Father of Auto Union" Dr. Richard Bruhn, the man who headed it pre- and post-war. Commissioned by Audi, written by Audi's history department head Martin Kukowski and University of Chemnitz historian Rudolf Boch, its findings are just as severe as those already heard so often over the past 20 years. Among other discoveries, the study found that not only did Brun manage the use of more than 3,700 forced labor camp workers from seven SS-run camps, 16,500 forced laborers that didn't live in camps worked in two more factories; Bruhn wanted even more laborers but couldn't get them because of the battlefield situation; and that Auto Union had "moral responsibility" for roughly 4,500 workers killed at the Flossenbürg concentration camp. The study found that disabled workers were routinely sent to the camp and executed there.
Audi works council head Peter Mosch said, "I'm very shocked by the scale of the involvement of the former Auto Union leadership in the system of forced and slave labor. I was not aware of the extent." The company is figuring out how it will respond to the findings, so far working on changing the online profile of Dr. Bruhn on its history pages on Audi sites around the world, and considering stripping Brun's name from the street that bears it and from company offerings like pension plans. If you can read German or can work Google Translate, Wirtschaftswoche has a long piece on the study and its conclusions.