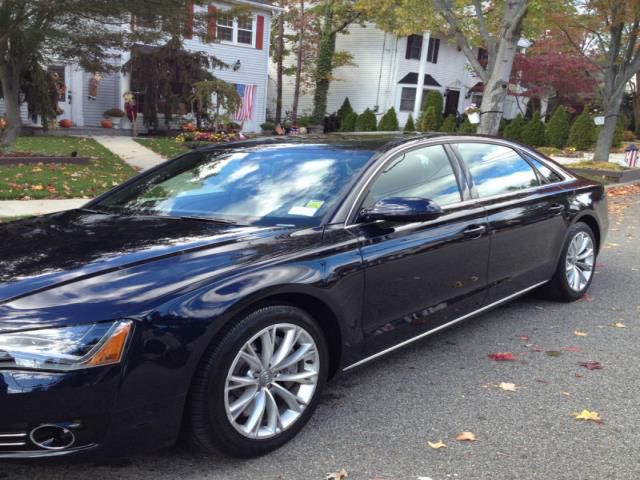 I've struggled with diesel technology. It's not that I have a problem with it or dislike it, but rather that I don't particularly understand what stops its wider-spread adoption. Sure, memories of rust-prone, smoky, sluggish and uneconomical Oldsmobile diesels aren't exactly easy to erase from the collective memory of the North American motoring public, but I'd think that a few years into the latest crop of clean diesels, there'd be wider adoption - or at least consumer consideration - by now.
Part of the issue is the still limited number of segments that diesels are available in. The Volkswagen Golf/Jetta TDI is finally getting a challenger in the form of the Chevrolet Cruze Diesel, and the BMW 328d is bringing something new to the entry-level sports sedan, but there are still a huge group of segments where diesel-power has no representation.
The small, luxury crossover realm is not one of those. It has the Mercedes-Benz GLK250 Bluetec, a stylish crossover with a silky-smooth 2.1-liter, turbodiesel four-cylinder that can return the kind of fuel economy that makes people take notice. And while the GLK250 is quite good, economy will only spread the diesel's appeal so far. People need to experience the seat-flattening torque that these mills can produce, and for that, we most humbly recommend the new 2014 Audi Q5 TDI.

Audi hints at A9 flagship ahead of LA Auto Show

If you've been thinking that Audi is in need of a new design direction, you're not alone. Clean though its designs may be, they tend to be more evolutionary rather than revolutionary. But it seems Ingolstadt is on the verge of launching a new design language with a new A9 concept.
The teaser image above was obtained by Germany's Auto & Design magazine, giving us our first glimpse at the concept Audi is expected to unveil at the upcoming LA Auto Show. The concept is tipped to be based on the same MLB platform that will underpin the next-generation A8.
The concept itself could lead to a new production flagship model as well, slotting in above the A8 sedan and A7 five-door. Details remain scarce at the moment, but we'll be watching to see how this development progresses.