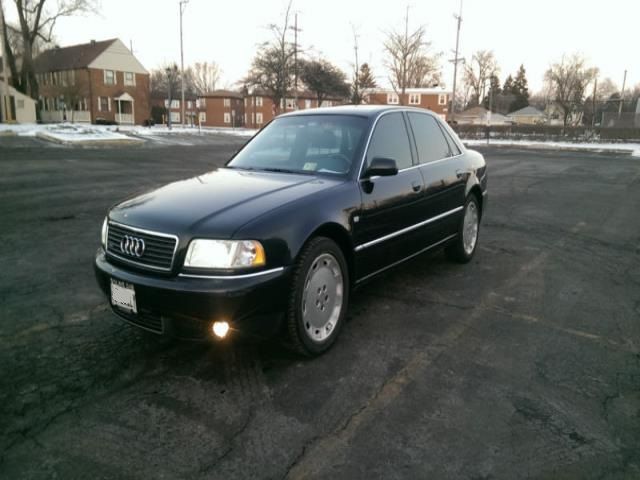 Very Rare Ming Blue A8 L with blue interior. Special optioned solar sunroof with Alcantara headliner. It was a limo briefly hence the limo plates. The transmission shifts as it should. The engine is quiet and smooth. Oil changes were done religiously. Two remote keys come with the car.

Drivers are either droptop people or they're not. As most usually aren't - at least as far as the willingness to buy one is concerned - all convertibles tend to remain strictly niche cars. Thus, automakers must ask a noticeably higher price for them.
The Audi S3 Cabriolet is about as niche as you can get in the open daylight of mainstream automaking. Of course, the S3 cab doesn't really need to sell in big volumes; it exists because it's an easy and not too costly bit of flair for the company. In the US, this model would probably base out at around $44,000 if it were to join our fleet, which is problematic, as I'll soon explore.
In what may be a sign that Audi is essentially okay with all this, it had me up to central Sweden to twist around on the snow and ice in the open S3. The grounds ended up offering precious little ice and snow, so I drove the two-door ragtop on dusty, thawing Scandinavian roads. This was a blessing really, since ice driving in a cabrio - even a Quattro one - doesn't really reveal much of anything about such a car in its typical day-to-day life.