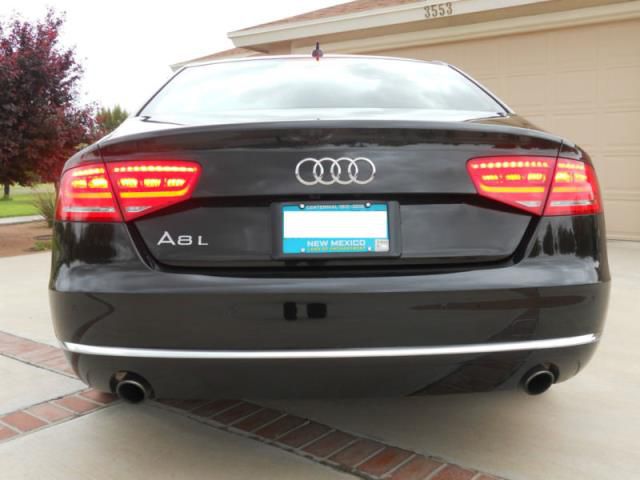 Automakers typically spend months working on a concept car, then unveil it at a car show and move on to the next. But Audi has demonstrated a propensity at refining the same concepts and bringing them back for more. Just look at how many time Audi iterated its E-Tron concept, and how many diesel R8s it toyed with. It brought the Italdesign Parcour out of retirement and rechristened it the Audi Nanuk, and it's been doing the same with the Quattro concept for the past several years. The German automaker rolled out the first Quattro concept back in 2010, and followed up with the reborn Sport Quattro concept less than a year ago. And now it's preparing to unveil yet another.
Called the Sport Quattro Laserlight concept, this time it's not as radical a departure from the Sport Quattro concept as that was from the first Quattro concept. In fact, there's really only one vital difference. That'd be the laser headlights "that leave all previous systems in the dark," according to the press release below. The system uses matrix LEDs around the outside of the element as low beams, and lasers on the inside for high beams. Measured in mere microns, the laser diodes are significantly smaller than LEDs, while lighting up the road ahead for nearly half a kilometers (1,640 feet), providing twice the lighting range and three times the brightness of LED high beams.
Otherwise the concept car you see here and which Audi will display at the Consumer Electronics Show in Las Vegas next week is essentially the same as the one it showed in Frankfurt this past September. It's got the same measurements, wearing the same CFRP bodywork, with the same interior and the same 700-horsepower hybrid powertrain, only the yellow exterior has been repainted Plasma Red and the black interior redone in a more low-key Slate Grey, as you can see from the high-res image gallery above.