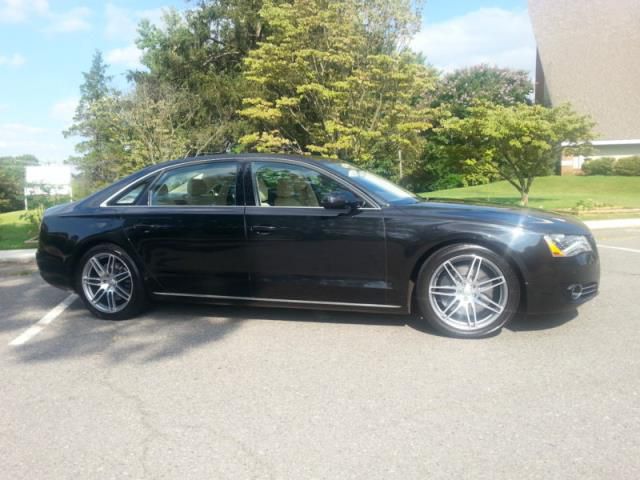 2011 AUDI A8L (Long wheelbase) Executive package special order. BLACK / BEIGE / BLONDE Wood Package (Rare Combination) $107k ORIGINAL MSRP! HIGHLY OPTIONED CAR LED LIGHTING/HEADLIGHTS DRIVERS ASSIST BLIND SPOT MONITORING UPGRADED OEM Original 20x9" AUDI S LINE WHEELS with New 275 40 20 Toyo Proxes 4 Tires ($4,000.00) NON SMOKER CAR This A8 just had its 55k major service and had all software updates and any campaigns from the manufacturer taken care of. It was just recently detailed and needs absolutely nothing. Please check out the pics and email me if you have any questions about the car. The car has been a joy to drive and own and has been dead reliable. It is a much more reliable car than my previous S Class Mercedes which was always asking for something every few months. Thanks again for your interest.