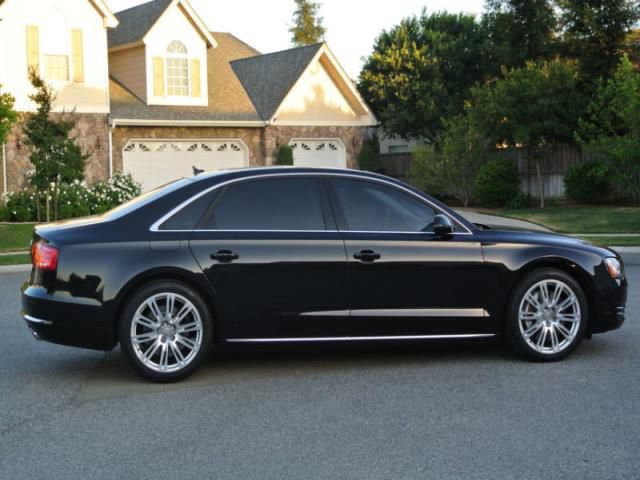 My 2011 Audi A8L that I purchased from the original owner. It is in Extremely great shape, Very Well Maintained and always kept inside And has all of the bells and whistles, Window shades, Dual Sunroofs, Back Massagers Etc. Also has the 4.2L V8 with the 8 Speed Automatic Tiptronic transmission. And it includes the factory Audi Care Package It is an elegantly strong car, runs and drives great I just have too many automobiles so this one needs a new home .

If you're a frequent reader of car reviews (my money says you are), you've no doubt come across prose about how a car "checks all the right boxes." It's a common phrase - I'm guilty of using it myself. And I'm about to use it again.
You see, I've just spent a week with the 2014 Audi A7 TDI, shown here against the backdrop of sunny SoCal, even though my stint was spent slopping through this absolutely wonderful winter we've been having in Detroit. If you're one of our podcast listeners, you've already heard me wax poetic about the A7 TDI, and the more I reflect on this diesel darling, the more I firmly believe that this car absolutely, without a doubt, checks all the right boxes.
Well, almost all of them, anyway.