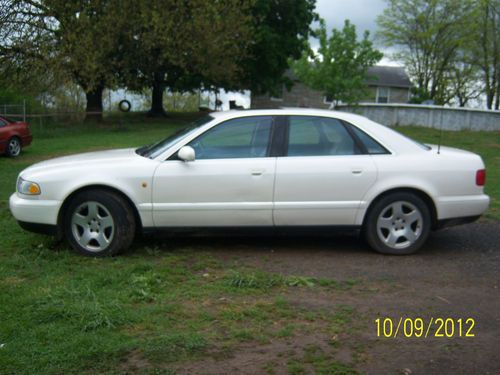 Audi is well underway with testing for all of the refreshed versions of its A6-based sedan. We've already shown you shots of the Euro-spec A6 Allroad (which will wear some of its styling with our US-spec A6 sedan), and now we have some shots of a car that will actually arrive in the United States - the S6.
Like the Allroad, this will be quite a modest refresh, with tweaks to the headlights and taillights, as well as some slightly revised front and rear fascias. The headlights should get a new LED DRL pattern, although we doubt the changes will be much more drastic than that.
As with the Allroad, it seems likely that Audi will make a few very small changes to the interior, while the MMI infotainment system should also see an update. Changes under the hood, though, are more difficult to guess. That said, minor changes could be in store, but don't expect a dramatic increase in power or performance.