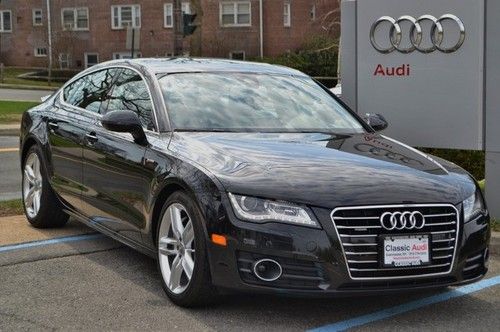 Audi is planning a whole raft of new models for the near future, and now we have further insight into what at least some of those models might be. The German automaker has reportedly filed trademarks for a series of model names, including SQ2, SQ4, Q9 and F-Tron.
Following in the footsteps of the SQ5 performance crossover, the SQ2 and SQ4 nameplates would seem to indicate that Audi is planning performance versions of its upcoming compact crossovers. The Q9 would suggest that a larger crossover is in the works to slot in above the already gargantuan Q7. And the F-Tron name could be used for a fuel-cell version of the A7 or other models, following a similar naming pattern to the e-tron range of electric vehicles.
Of course Audi could simply be filing these trademarks as a safeguard and may not actually build any of these models. But one way or another, it indicates a certain measure of intent exists as Ingolstadt gears up to expand its lineup with 11 new models in the next few years.

The Subaru WRX, Mitsubishi Lancer Evolution and just about every other all-wheel-drive performance car owes something to the legendary Audi Quattro, a model that was far more successful on the motorsports scene than it was in the showroom. Despite its modest sales, the UrQuattro still looms large in automotive lore, and indeed, in Audi's own sense of self. Considering the brand's semi-regular flirtation with the idea of a reborn Quattro, MotorWeek must have figured it'd be a good idea to revisit the original by digging up this archival review.
While time has the ability to cover up the warts of iconic automobiles, it should be noted that Motor Week host John Davis had more than a few critiques for the all-wheel-drive, turbocharged coupe.
Davis calls the Quattro's slalom handling "a disappointment," citing the overpowered engine and slow steering, and he had some unkind words for the brakes, as well. For our part, we're kind of wowed by the amount of ship-like body motion during testing, yet that sort of bobbing was certainly par for the course back in the early '80s.