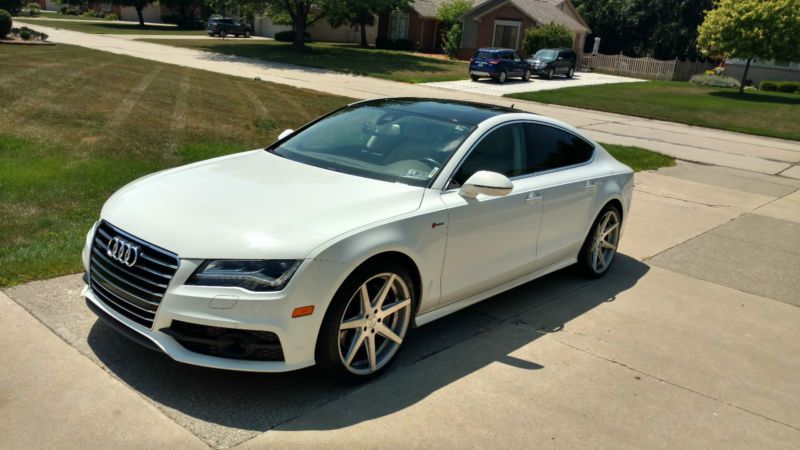 Car drives like a dream and every option works as it should with no light on dash. Hands
down best car i have owned so far.
Car is loaded with absolutely every option available for this model, i have all the original paperwork and both keys.
The 20" wheels are sold with the car and have Michelin pilot super sport tires on them which are setup staggered. I
have the original 19" wheels aw well with brand new tires on them.
Interior is clean with no rips, stains or smell. Exterior is in excellent condition, one door ding on the
rear quarter panel which i have been meaning to take in for paintless dent removal. Some scuffs on the very bottom
right side of the front bumper. absolutely no paint chips because the car has factory clear bra cover installed
over the front bumper and half of the hood which was like a 2000 dollar option. Car runs absolutely perfect i have
completed my 3rd oil change (Synthetic only) a couple of weeks ago so it is ready to drive anywhere.

The base 2.0-liter TDI four-cylinder with standard stop-start churns out 184 hp, 280 lb-ft of torque, and returns a hugely impressive 56 mpg.
Ladies and gents, here's your new Audi TT. The third-generation of Audi's two-seat sports car made its debut under the lights at Volkswagen's all-encompassing Group Night.