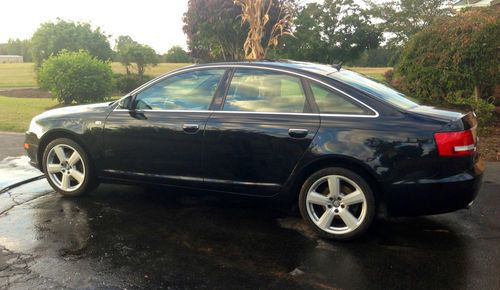 *Well maintained
*Synthetic mobil 1 oil changes per manufacture's recommendations
*Runs excellent
*Tires have less than 15,000 miles on them
*All weather Audi brand car mats in the front and back, also the original floor mats that came with the car
This car has a very attractive upgrade of the Camel Brown color seats. The last few pictures uploaded are showing some normal wear and slight scratches on the bumper and also showing a small slight scratch on the front passenger seat. No rips or tears on the interior any where.
This car is being driven and for sale locally. We reserve the right to end auction early.
Call 540-272-1303