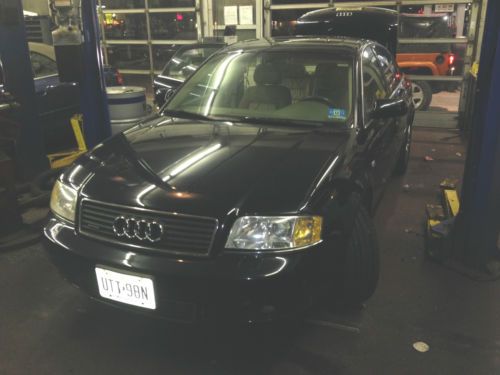 Audi takes cars that park themselves to a whole new level

Autonomous cars are impressive displays of in-car technology, but what exactly would the benefit of such systems be for the average driver? Audi has answered that question by showing off its Piloted Parking system for the Audi Connect at CES 2013.
Installed on this Audi A7, Piloted Parking allows a driver to drop themselves off and have the car autonomously drive away on its own and find its own parking spot. The car can then later be retrieved by "calling" it back with a specially designed smartphone app. We'd be lying if we said this didn't bring back memories of Michael Knight summoning KITT with his wristwatch. The most impressive part of this car might be the fact that the car is fully autonomous but doesn't have any obvious sensors or monitors on the exterior of the car like many other self-driving cars have.
Check out a video of the this innovative technology in action after the jump.

With the Frankfurt International Auto Show coming home to roost this week, German automakers aren't about to miss out on the opportunity to roll out their latest. Audi may be making the biggest splash with the new Sport Quattro concept, but will also use the occasion to introduce its latest compact convertible.
We just brought you the first leaked images of the new Audi A3 Cabriolet the other day, but now Ingolstadt has revealed the full thing. Slotting in below the A5 Cabriolet and replacing the previous A3 Cabriolet as the entry-level convertible in the Audi lineup, the new cabrio joins the A3 family as the fourth bodystyle in the range.
Based more closely on the sedan than the hatchback, the new A3 Cabriolet is a bit bigger than its predecessor in every dimension but height. Rather than go the folding hardtop route, Audi has stuck with its tried-and-tested hydraulic fabric roof mechanism that can open or close in just 18 seconds. But for the first time, Audi is offering the A3 Cabriolet with Quattro all-wheel drive, and - get this - will offer an S3 convertible version as well, complete with 300 horsepower and a 5.4-second 0-62 time.