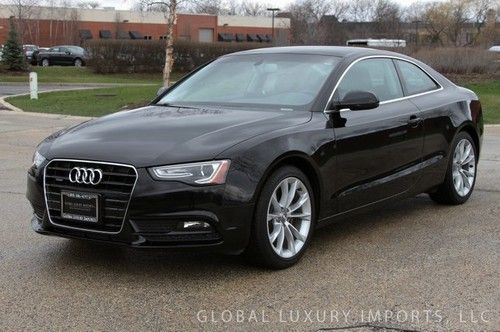 XCAR shows how Audi engineers let loose with A1 Quattro

In its ultimate mortal guise, the Audi A1 Black Edition - the littlelest little guy Audi makes - costs 22,340 pounds ($33,705 US) in the UK and comes with a turbocharged 1.4-liter four-cylinder that outputs, at most, 182 horsepower and 184 pound-feet of torque. The Audi A1 Quattro - still employing the body of the littlelest little guy Audi makes - costs more than 41,020 pounds ($61,888 US) gets a turbocharged 2.0-liter four-cylinder from the Audi TTS with 252 hp and 258 lb-ft. And quattro. And 17-inch, center-locking, white wheels.
The crew at XCAR gets the A1 Quattro on video, to both question how the A1 Quattro happened and then to praise it even if they never found the answer. The hosannas come too late for anyone in the UK who was waffling about buying one, however, since all 19 meant for the 'sceptered isle are sold out. You can see what we missed out on in the video below.

What kind of watch do you wear?
Especially today, when wearing a wristwatch is practically obviated by the near-ubiquitous use of cellphones, the timepiece found on one's arm makes a statement about how people perceive themselves.
A sport watch from Nike or Garmin would seem to indicate enthusiasm for athletic pursuit. Inexpensive fashion statements from Nixon or Nooka could signify a love of high design. Splashing out on a true luxury timepiece from Rolex, Bell & Ross or Breitling serves as a sort of human plumage display to connote, "I have thousands of dollars - at least - of disposable income."