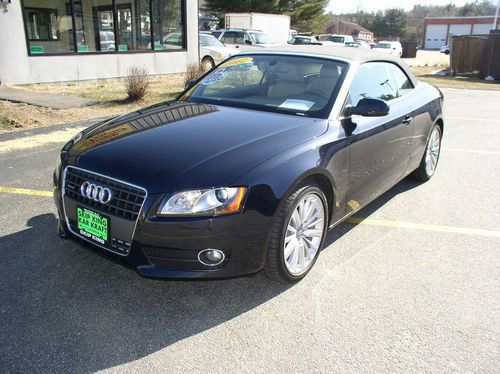 Bavarian tuners ABT have done another job on the Audi R8 V10, pumping up the 5.2-liter FSI V10 from 525 horsepower to 600 hp, and torque from 391 pound-feet to 406 lb-ft. With 50 more horsepower than the R8 V10 Plus - but not the extreme weight-loss scheme - ABT claims a 0-62 mile per hour run of 3.5 seconds, the same as the R8 V10 Plus, and a top speed for the mid-engined coupe of 198 miles per hour "is no problem at all."
Managing all that speed are the aero tweaks provided by a comprehensive body kit including a rear wing, a lowered and beefed-up suspension, a stainless steel exhaust and 19-inch wheels in two different designs.
The press release below has a few more bits of info on the matter. And while ABT hasn't put a price on the Audi upgrades, but it's safe to say that nearly 200 mph in an R8 won't come cheap.