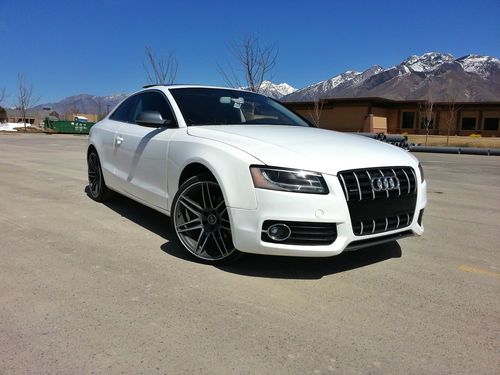 Tech pkg, navigation and backup camera, 20" rims, tint, lip spoiler, clear bra (rockchip free), weathertech floormats, 30mpg. only 13k miles! This car was involved in an accident, has a rebuilt title, and I have all the pictures before repair. (I am posting a few in the gallery and can send more on request) This accident was obviously very minimal and the car really shouldn't have a rebuilt title but it does.... this is sometimes how insurance companies do things. Car runs and drives like glass. Call email or text with questions. ThanksErin 801-872-8112

Audi claims is the lightest armored vehicle of its kind.
If there were ever a sedan that deserved the descriptor of "luxury," surely it's the Audi A8. Particularly in long-wheelbase form. But for many of Audi's wealthy customers around the world - namely those in developing markets - there can be no greater luxury than security. And for just those customers, Audi has announced the new A8 L Security.