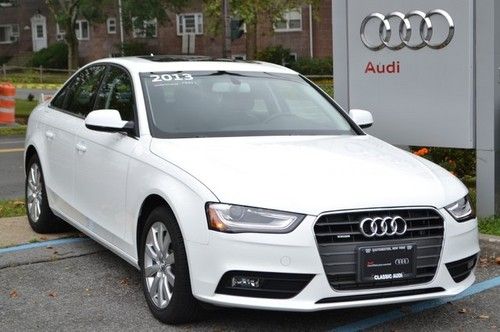 2015 Audi A6 spiffs up for Paris Motor Show duty

While the big names at the Audi booth might be dominated by the TT line, it's not the only product getting some attention from the German company. The A6, on sale in its present form since 2012, is getting its official mid-cycle refresh.
Featuring light exterior freshening, the new fascia wears a tweaked grille and slimmer, more expressive headlights. The rear end sees more substantial changes, with a freshened rear bumper that features rectangular exhaust outlets and more dramatically redone taillights.
Under hood, the 3.0-liter, supercharged V6 engine now produces 329 horsepower, while the 3.0-liter, turbodiesel V6s are available in 215- or 268-hp varieties, or in twin-turbocharged form, with 315 hp or 322 hp. The other big powertrain news surrounds the transmission. Audi has finally dropped the continuously variable transmission from the base, front-drive A6, slotting in a dual-clutch transmission in its place.