Audi A4 Convertible Turbo on 2040-cars 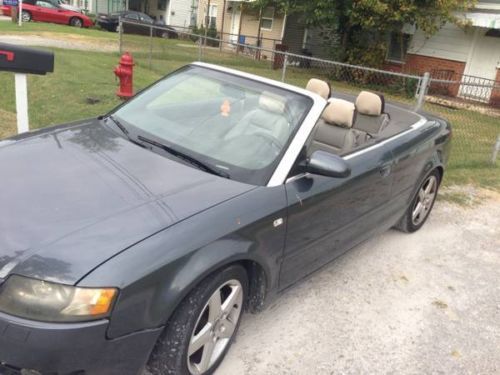 Condition: UsedA vehicle is considered used if it has been registered and issued a title. Used vehicles have had at least one previous owner. The condition of the exterior, interior and engine can vary depending on the vehicle's history. See the seller's listing for full details and description of any imperfections.Seller Notes:"selling my beautiful audi a4 convertible. Car is amazing. the nicest car i ever ride. just selling it because need money for graduation. car is in perfect conditions with clean title and 77,xxx miles. please dont call and ask to go cheaper. its already perfect fair price.Also the back window needs to be sealed. but other than that and for the car age, car in perfect condition and drives amazing. please if interested text 618-521118 eight. Thank you"