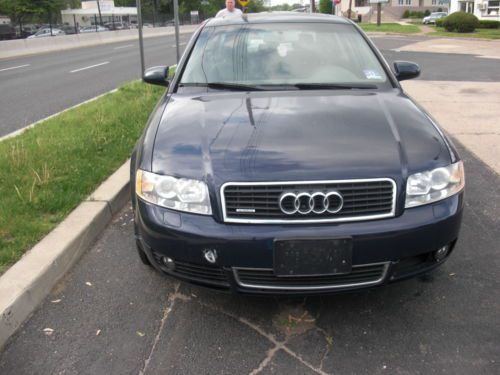 A little more than a year ago, I drove an Audi A3 E-Tron prototype - an early concept electric vehicle built on the outgoing second-generation A3 platform. While I was impressed with the technology, its 3,800-pound weight, 10-second 0-60 time and 90-mile range will likely put it only mid-pack, at best, among its future competitive set. But Audi promised bigger and better things would come.
I didn't have to wait long. Immediately following the Los Angeles Auto Show, Audi asked me come drive its all-new successor built on the company's third-generation A3 chassis. Compared to last year's model, the new plug-in hybrid electric vehicle (PHEV) boasts a lighter curb weight, quicker acceleration and six times the range. Calling it improved is an understatement. Best of all, it's heading to production.
Technically speaking, the 2015 Audi A3 Sportback E-Tron is a parallel hybrid, meaning its electric motor is sandwiched between a combustion engine and an automatic transmission - either, or both, is capable of powering the front wheels. The gasoline-powered engine is a direct-injected and turbocharged 1.4-liter four-cylinder, rated at 150 horsepower. The transmission is a six-speed dual-clutch gearbox. A 75-kW electric motor sits between the two. Water is used to cool the gasoline engine, the electric motor and the battery pack - there are three independent closed loops.

Mattias Ekström doesn't need to prove anything. He's won the DTM title twice and before that the Swedish Touring Car Championship. But being a racing driver as he is, Ekström has been looking for new challenges. He's contested the Swedish Rally six times, the German Rally twice, he's driven in V8 Supercars and in NASCAR. He's even won the Race of Champions. Twice. Heck, we're surprised his long-time sponsor Red Bull hasn't let him try out one of its F1 cars. But this season it's on to a new challenge: the inaugural FIA World Rallycross Championship.
Ekström drove a Volkswagen Polo fielded by Marklund Motorsport in the Swedish rallycross round last season and came in second, but this year he's diving in head-first with his own team and his own car. His outfit EKS is hard at work preparing the new Audi S1 for competition in the World RX Championship, and will field two of them this season: one for Ekström and another for JWRC champion Pontus Tidemand.
Built to compete in the top category of the championship, the EKS Audi S1 Supercar will pack a 2.0-liter turbo four with 600 horsepower, all-wheel drive and a 0-60 time of 1.9 seconds. It's expected to make its debut late in May at the World RX of Great Britain where it will have to tangle with specially prepared versions of the Citroën DS3, Ford Fiesta ST and Peugeot 208 driven by the likes of Tanner Foust, Ken Block, Jacques Villeneuve and Petter Solberg. The sole North American round will be held in Trois-Rivières, Quebec, in early August, on the same circuit that once hosted Indy Lights, ALMS, Grand-Am, Can-Am and Trans-Am races.